Do you know Naver.com ? 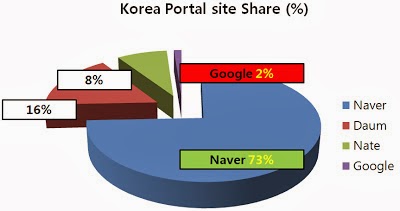 However, the share of Google in South Korea is not less than 5%. Korea native portal site Naver (www.naver.com) because the reason Portal site, Naver is Korea's

# 3 Korean native portal site Nate (www.nate.com) has a market share of about 5%. 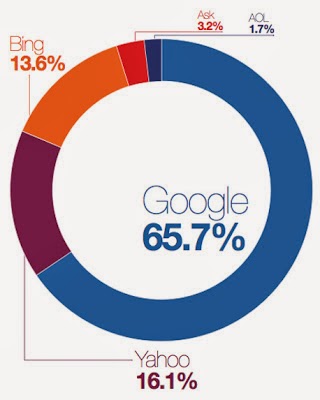 Yahoo was withdrawn from the market. Lycos also did not lead to a big performance in Korea. We maintain, share of 5%, but the bottom turns. Performance overseas portal site in Korea, why not huh?

Koreans distinctive approach of content because it is For example, Google's first screen does not show anything. However, Naver, Daum, Nate screen direct link provides numerous content is. Users search, even if you do not have the issues of the day, news, gossip and shows. Korean people like this.

If you do not know Korean, you can not talk about Korea. Basic research on Naver, Korea via the Internet. if You don `t know naver. you never understand korea.