Swansea City KI, He is Korean

Swansea City KI, He is Korean


KI Sung-Yueng has warned Swansea City not to start dreaming of
Wembley ahead of their crunch Capital One Cup
semi-final second leg clash with Chelsea.
The former Celtic midfielder used to watch English football's showcase occasions
when he was growing up in South Korea.
Ki saw players climb the famous steps before holding aloft a trophy
without ever imagining he might one day match their achievements.
Now Swansea stand on the brink of a trip to England's most iconic
stadium to compete for major honours. 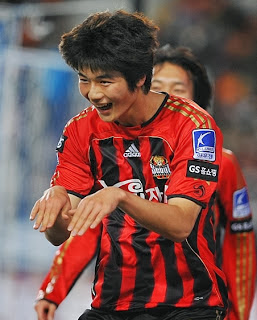 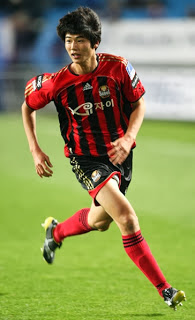 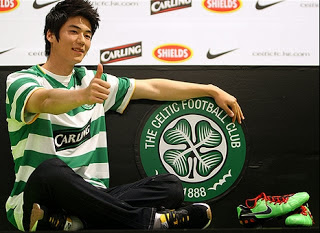 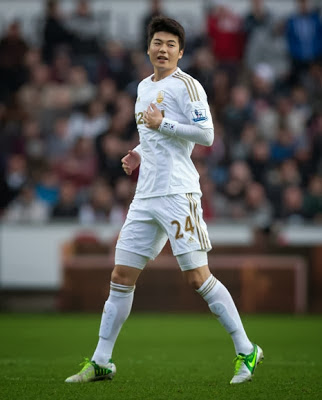 
They lead Chelsea going into tomorrow's return match after a sensational 2-0
win in West London a fortnight ago.
But Ki has urged his team-mates not to let their minds
wander to a potential glamour game under the arch because
all their focus needs to be on finishing off a star-studded Blues side.
"I think it is a great chance for us as a club," said the 23-year-old.
"When I was growing up, I used to like all the big teams in the
UK like Manchester United and Liverpool, Arsenal and others.
"I used to watch the cup finals, but I didn't think it would be
possible for me to play in a final like this.
"It would be huge for my career, but
we have got to win first otherwise it will not happen.
"We have done very well lately, and in the away game at
Chelsea we did well to beat them and not let in a goal.

"But it's not going to be an easy game even though we are playing at home."
Ki featured in Celtic's 3-0 Scottish Cup final win over Motherwell
two years ago, scoring their first goal and being named man of the match.
And he has run out at Wembley before,
when representing his country in the Olympics last summer.
Now comes an opportunity to return to the biggest stage in this country in the
Capital One Cup — and a chance to seal a place in next season's Europa League.

"I have played at Wembley once at the Olympic Games
but if I get there with Swansea, it would be very different," added Ki.
"The atmosphere would be amazing and also the feelings for the fans.
Also, we want to go for Europe so we have a lot of things to achieve.
"I'm really looking forward to playing against Chelsea.
"I think we are ready and looking forward to
it especially after getting three points against Stoke."