Apple sued Samsung.
On the April of the year 2011,
Apple filed a lawsuit against Samsung for imitating their brand and
it spread all over Europe, Japan, Australia and nine continents.
According to ITC (International Trade Committee), the result
which was decided upon was that Samsung and
Apple should stop manufacturing their products. 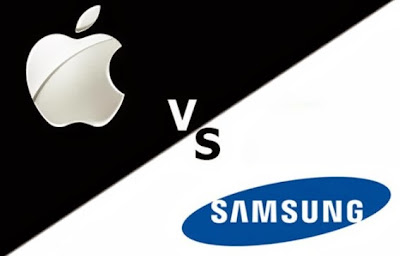 Barak Obama, the president of U.S,
claimed that Apple’s imitation of brand over
Samsung was ‘acceptable’, but argued that Samsung’s one over Apple
was not ‘acceptable’ so only Samsung’s products couldn’t be shipped to the U.S.

Obama’s claim had been criticized in South Korea but not in the U.S.
In other countries except the U.S, it was known that Samsung,
Apple imitated each other’s patents but the sue was claimed to invalid ant.

How should I accept this, as a Korean?
Of course, I know that there is an economic crisis in the U.S.
But it’s not pleasant to see the president do this despite its huge market.
Isn’t it disappointing thing for the
U.S to do this considering that it claims that it’s a safe area of trade.