Son Heung-Min,
who is a player of the national soccer team of South Korea,
who is now playing in the team,
Leverkusen of Bundesliga of Germany scored a hat trick,
one assist on the match against the team, Hamburg. 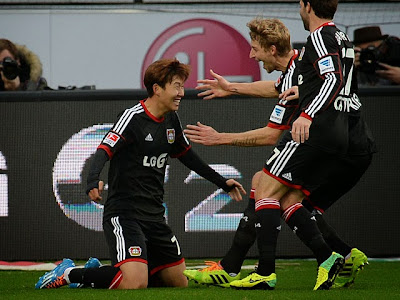 The official sponsor of Leverkusen is a Korean company called LG.
The players of the team wore uniforms of the logo of the latest
smart phone of the company, LG and the advertisements of the product G2,
was on the advertisement board.
Also, Son Heung-min, a Korean player scored one hat trick,
assist and made a name for South Korea by playing for Bundeliga of Germany.
An article about Son Heung-min was uploaded on the home page of
FIFA on the 10th for having played in 37 games without losing once.