Today I will talk to you about a new product of brand of Samsung
which competes with one of Apple.
As known, it’s a product which plants some devices on a pair of
glasses to make a person more enhanced like a robot.
Recently, Samsung showed off a wearable device of the series of
Galaxy note 3 products, called the ‘Galaxy gear’. 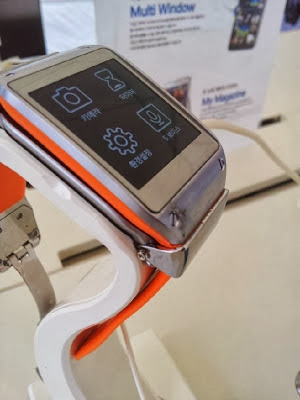 The fact that it was put in the market to be sold, not just
worked on makes Samsung more advanced.
The one difference is that the Galaxy Gear
can be worn as a watch, not on the head itself.

Samsung came up with the product faster than Google.
But Google came up with the glasses version of the product.
Following that, on the October 25th of the year 2013,
Samsung invented a device called ‘Glasses for sports ware’
and trademarked it in South Korea.

It has been presumed that the Samsung electronics might be
preparing to release a product called ‘Gear glasses’
which is a type Smart glasses. 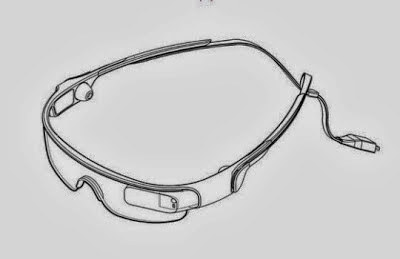 If you look at the picture of the product, you can see
that it has earphones intact so it can used to listen to music or
receive a phone call with and the lenses are clear or half clear.
There is also a button on the front of the device, there is a camera intact.

The company of Samsung electronics has suggested that
a new product of a type of wearable device after releasing the first product
of the Wearable series on September in International (IFA)
which was carried out in Berlin in the announcement of Galaxy gear.

Wearable devices are an area which the IT department works on
after it released Smart phones.

It’s a pity that the wearable electronic products are being invented,
quickening the electrification of humans but Google,
Apple are already working on it and Samsung, a Korean company is
working into selling the Galaxy gears.

The US and South Korea are struggling in the aspect of the
market of wearable devices.