There are fifty thousand people living in South Korea.
But the land itself is very small.
Korea is the only country which is divided into two parts~ north and south
The land of South Korea is three times smaller than
the Great Britain and four times smaller than Japan.
It’s also about hundred times than China
Its thee worlds 110th smallest country.

There are companies such as Samsung, LG, Hyundai, Kia
in this small country and is the 10th economical country.
It’s a also a highly ranked country of sports.
It’s not hard to find a Korean player in the MLB of U.S or EPL of the Great Britain.
South Korea won the 7th place in the Bejing Olympics on the year 2008.
South Korea participated in the World cup eight times in a row.
There has never been a case when South Korea has not entered the 32nd game in the finals of the World Cup.
South Korea had played in the 16th, 8th, 4th game in the match against Japan.
Many Korean soccer players are players of the leagues of
European countries such as the Great Britain, Germany and Netherlands.

You can also not talk about the history of Korean soccer
without mentioning Ji sung Park who had become a global star
on the year 2002 who is still being loved by numerous soccer fans.
Ji sung Park, played in 4th game of the World cup on the year 2002,
stroke a goal in the 16th match against the Portugal, won against the team
despite the fact it was consisted of Luis Figo,
a great soccer play of the Portugal and Christiano Ronaldo
who is a player of the great soccer team called the Real Madrid.

After the World Cup ended, Gus Hiddink who was the coach of the
Korean soccer team chose Ji sung Park as a player of his team called PSV Eindhoven.
Afterwards, the fans of the team made up a song of praise for Ji sung Park.
He was a also a player of the team,
Manchester United from the year 2005 to June of the year 2012.
He is back as the player of the PSV Eindhoven,
which was the first European team he played in nowadays.
The song of praise for him which was made over ten years ago
still echoes all over the Netherlands. 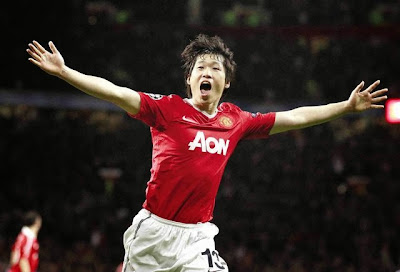 South Korea is more fascinated about the World Cup than the Olympics.
The aim of south Korea of the World cup which is going to be
carried out in the Brazil is tgo ply in the 8th game.
As a Korean soccer fan, I wonder if it is a dream which would possible to achieve.