The people who live in South Korea are excited over Bebero day.
Bebero day, which is on the 11th of November is a day
which the company of Bebero, which are long biscuits covered
in chocolate have made up as a marketing strategy.
Lovers or friends share the long, chocolate covered biscuits.
It’s almost like a Valentine’s Day or white day in South Korea. 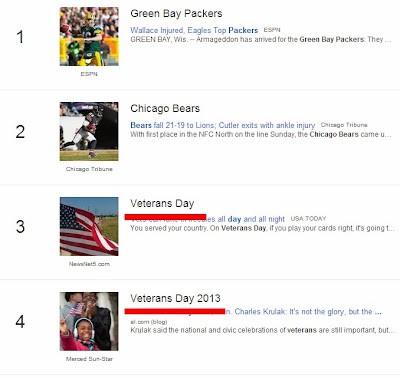 But the 11th of November is the Veterans day of the
U.S (Veterans day, the day of retired soldiers),
all of the American citizens are very greatly participated in it.
It’s also a national holiday.
It’s on every 11th of November.
It’s a day of remembrance for the retired soldiers who have finished their duty,
carried out every year, it celebrated elaborately or moderately
but all of the roads are blocked before the parade is carried out.
The retired soldiers are welcomed by the townspeople every year.
It has also become the 3rd, 4th most searched word on
Google and in interest of the American people. 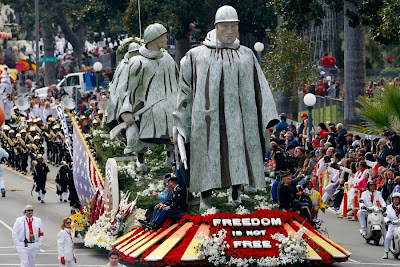 A photo of the parade being done on the American Veterans day.

But the retired soldiers of the devastating,
harsh Korean war of 6.25 are treated like this. 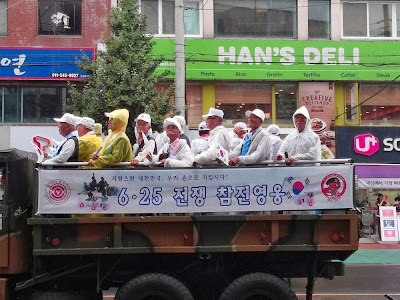 The death of the soldiers who were killed in the war was compensated with 5 $.
Thinking about it, it seems to be the problem of all of the people living in
South Korea and not just the officials.
If the citizens take part in something, the governing people in charge do the same.
While the people living in South Korea are falsely interested in the Bebero day,
the citizens of the U.S have set a day for the retired soldiers in
remembrance of their part in fighting in the war.