Winamp was first, released on the year 1997.
Most of the people who had listened to music online, would have downloaded it.
Now, Winamp can only be downloaded until the
20thof December of the year 2013 and can’t be after that. 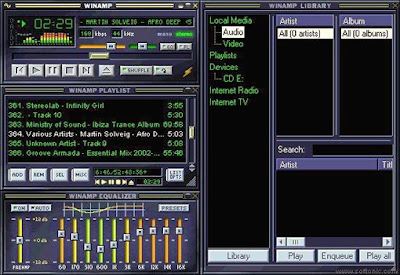 To say the truth, Winamp is hardly used in South Korea.
It’s the no.1 country of fastest internet.
Japan follows as the 2nd, Swiss as 3rd, Hong Kong as the 4th,
Lativa as the 5th, The Netherlands as the 6th,
the Czech as the 7th and the U.S as the 8th.
Due to it’s internt of quick speed, portal sites based on words such as the
Google is hardly used.

The speed of internet of the U.S is low,
therefore simple type of portal sites such as the Google is popular,
but the one of South Korea is the no.1 fastest one and
so it uses one of a quality content which is combined of visuals,
images and music programs
It only takes 20 seconds to download a video of size of 2G.
But when I lived in the U.S, it took me at least 20 minutes to do so and
it sometimes didn’t download even after 20 hours. 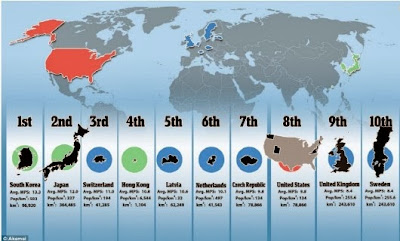 The Winamp was popular in South Korea at first, because of
its easy way of use but now it’s hardly used nowadays.
But, a Korean original portal site called Naver is more widely used in South Korea,
it can stream various programs at once such as playing the music and
its video of original quality.
Even though, it’s not used often now,
but Winamp is still a program of ahistorical importance.
I would like to say farewell to Winamp, Good bye, Winamp!!

Email ThisBlogThis!Share to TwitterShare to FacebookShare to Pinterest
Tags Winamp