Sochi Winter Olympics 2014.
Korea has been expected medals in 500m & 1000m male speed skating.
As it is an event, that in Vancouver Winter Olympics 2010 Korean player gained
gold & silver medals, and in World Championship
also Korean players were ranked to the top and the second.
But in Sochi Winter Olympics,
Netherlands swept all of the medals in 500m & 1000m events.
Especially in 500m, all of the gold, silver and bronze medals were belong to
Netherlands, in 100m also gold and bronze medals were given to Netherlands.
Gold medal in 500m for Michel Mulder,
Netherlands and gold medal in 1000m for Stefan Groothuis, Netherlands.
They showed surprising figure than Vancouver 4 years before.
And by their advance Korea was got behind.
The result of speed skating, Netherlands is really wonderful.
Netherlands gained 4 gold medals
totally by 13th. Feb., all of them were hunted in speed skating event. 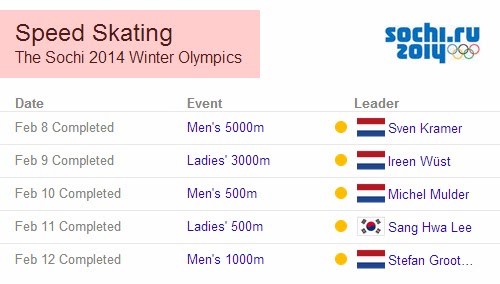 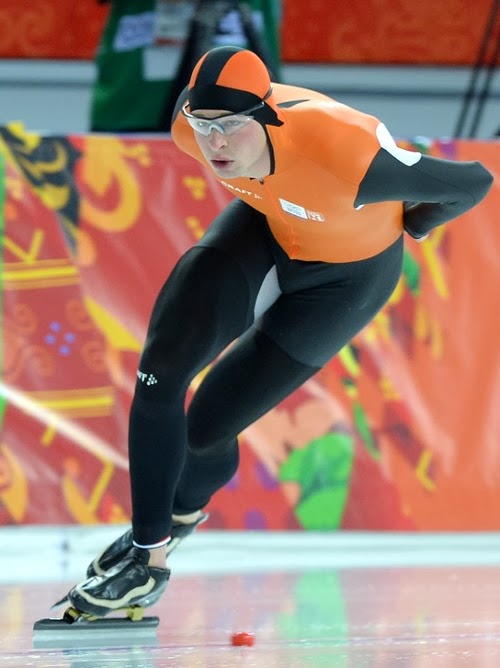 Netherlands is already a familiar country to Korea.
In World Cup in Korea and Japan 2002, Korea moved up semifinals,
the Korean coach of the national soccer team,
at that time, was Guus Hiddink from Netherlands.
At that time Hiddink fever was sweeping over Korea.
Korean people also frequently take a journey to Europe,
the free love in Amsterdam is very interesting.
Windmill from geographical characteristics, Orange troops in soccer, Guus Hiddink
and after Amsterdam in Sochi they once again
have been left strong image of Netherlands in Korea.
You, jumped over Korea in 4 years, Netherlands! Somewhat sorry for your taken
medals, but frankly we have to envy you.
Korea must learn the destructive growth from Netherlands.