Germany will take the Nazi pattern at her uniform in Brazil World Cup?

If Germany decided to take the Nazi pattern in their uniform in 2014 Brazil World
Cup, then you can believe it? 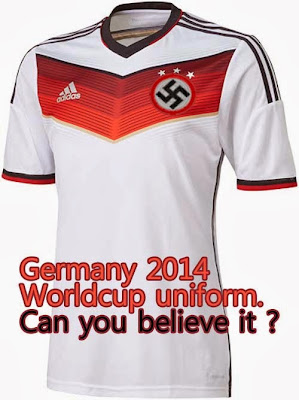 Of course the uniform is a fake. Germany will never do this. But... the unbelievable event has been occurred in Japan. We find the pattern of 「Rising Sun Flag」 in the presented uniform of the Japanese national team for 2014 Brazil World Cup uniform. 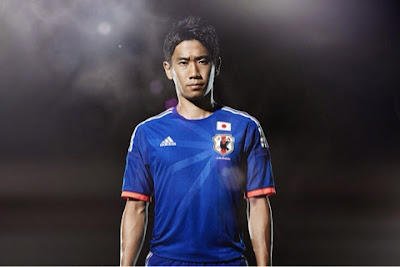 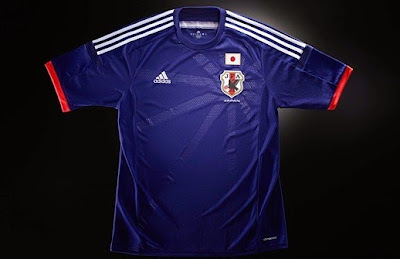 「Rising Sun Flag」. It is a flag, which was applied in the Pacific War caused by Japan for the invasion of every Asian country, having a shape of spread sunlight around the Japanese national flag. It has the same meaning with the Nazi in Germany. 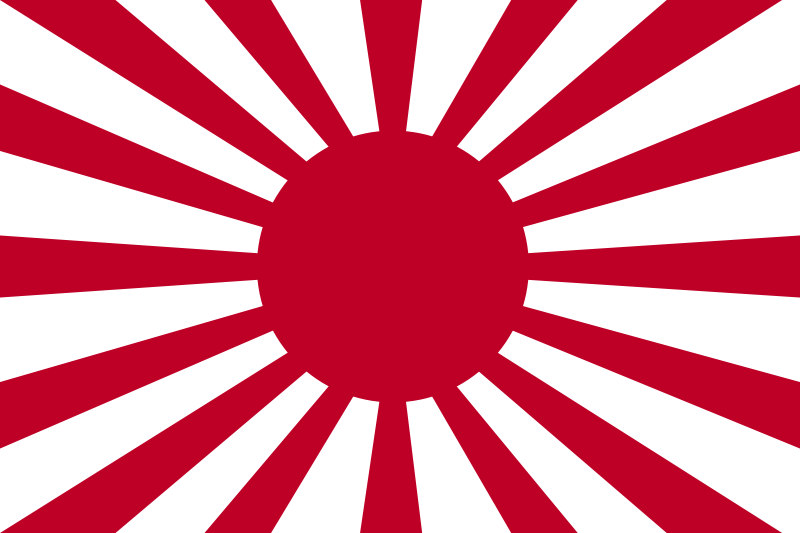 Asian many countries sob with this pattern, but ... Japan dares to participate in 2014 World Cup wearing such uniform ... 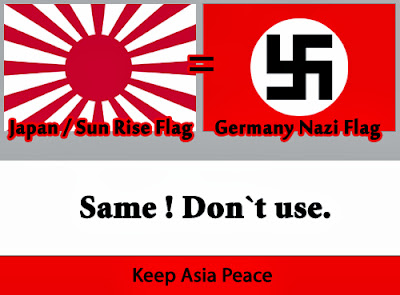 The attitude can be comparable with the Nazi.
Please image, that Germany takes part in World Cup wearing the uniform with the
pattern of Nazi. Do you really think this is possible? However, the brave Japan now will do realize this fantasy.