A German furniture store chain has apologized for selling coffee mugs featuring faint portraits of Adolf Hitler it had mistakenly ordered from a Chinese supplier, a news report said on Thursday. 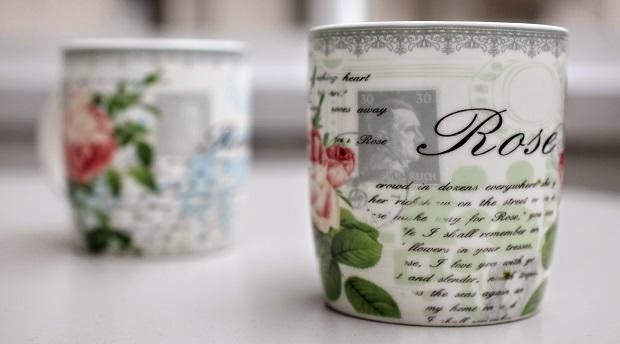 The vintage-style ceramic cups feature a faint image of a Nazi-era postage stamp that shows a black-and-white profile of Hitler, postmarked with a swastika stamp, all obscured by other design elements including a rose and cursive script.
The Zurbrueggen furniture chain had ordered a batch of 5,000 of the mugs and had already sold at least 175 when the mistake was noticed, reported the Neue Westfaelische Zeitung daily from the state of North Rhine-Westphalia.

The owner blamed the “terrible” mistake on “a stupid chain of unfortunate circumstances” involving a Chinese designer who has mistakenly chosen the image of the Nazi leader, the news report said.

“No one noticed the problem during unpacking,” the store owner told the newspaper, adding that every customers who had bought a mug would be compensated with a 20-euro ($27) gift voucher.

But. Do you know Japan 2014 worldcup uniform ?.
There is print of japanese Nazi (Swastika) symbol, "Rising sun flag".
Too different action / japan. germany. 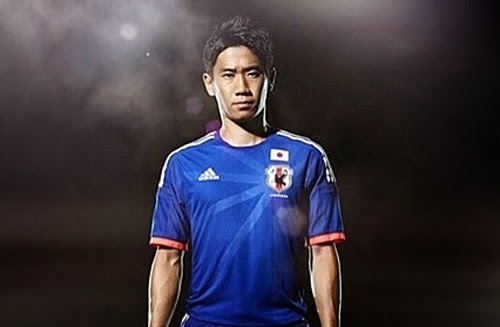 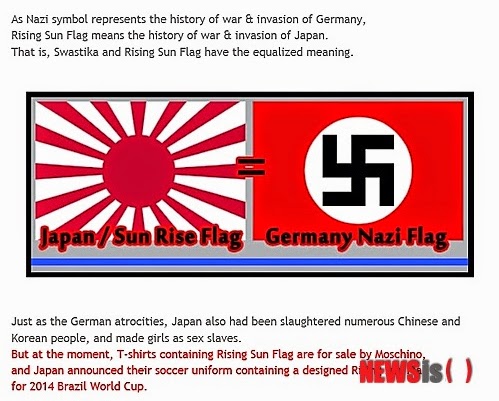 japan has to say "sorry" to all asian country. be apologizes now.
be change japan uniform.