Japan Must Apologize Truly to Korea

Japan Must Apologize Truly to Korea

Prime Minister Shinjo Abe of Japan is currently visiting the U.S.
U.S. senator Charles Rangel has urged to Prime Minister Abe that
right now is the time for Japan to apologize to the victims of Japanese military slaves,

Senator Rangel wrote a contribution on USA today on April 27th that
“Abe should not only emphasize the strengthening of
U.S.-Japan bilateral relations but also
carry out justice for women who suffered from incurable damage
and wounds before 1945.”
Hilary Clinton also said that “It will be very meaningful if Japan’s Prime Minister Abe acknowledges the sufferings and pain of military comfort women
who were called forced sex slaves.” 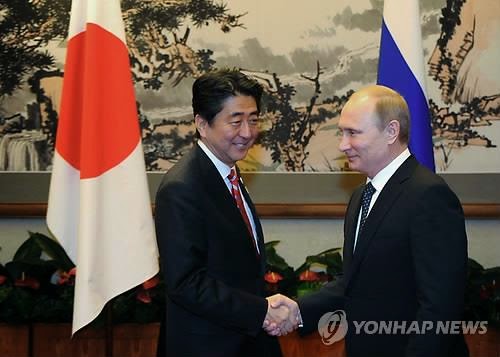 Japan forced numerous women into military sex slaves when it invaded
Korea, China, and many other Asian countries.
Regarding this past, however, Japan keeps giving blatant argument that
“We’ve apologize enough, so let’s stop talking about it.”
Why is Japan refraining from apologizing for its wrongdoings and atrocity in the past?
Japan is currently living a crueler present than the Nazis.


Hot on the heels of Apple's latest iGadget the iWatch,
Samsung is gearing up to launch a watch with a more rounded look,
as Motorola and LG have done.

Samsung has released details of its new SDK before the official release,
which the Korean tech company has never done before. 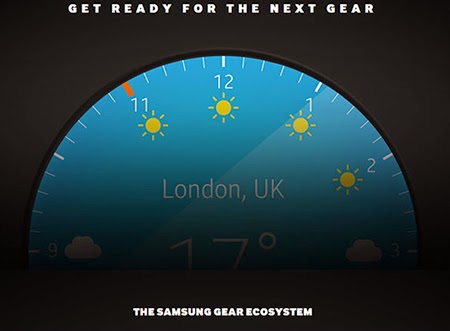 This is seen as move to allow developers more time to create
and update their applications for the new design.

The Samsung press release for the new SDK shows a circular weather watch face
graphic along with a few images of what could be new rounded apps.
However, the press release did not hint at a release date.

Email ThisBlogThis!Share to TwitterShare to FacebookShare to Pinterest
Tags samsung gear, Samsung Round


GTA (Grand Theft Auto) 5 is going to be released in Korea.
Korea is one of the countries with the best computer game players
and the highest frequency of game play in the world.
Its fastest internet speed and highly advanced
PC penetration rate support this environment.
The existing GTA supported Play Station and X-BOX,
but now the PC version is coming out.

The country that David Jones of Rockstar Games,
who created the most framework of GTA 1, visited after leaving the project is Korea.
With Korean game company WebZen, David Jones worked on ‘APB’ Project,
the online version of GTA. 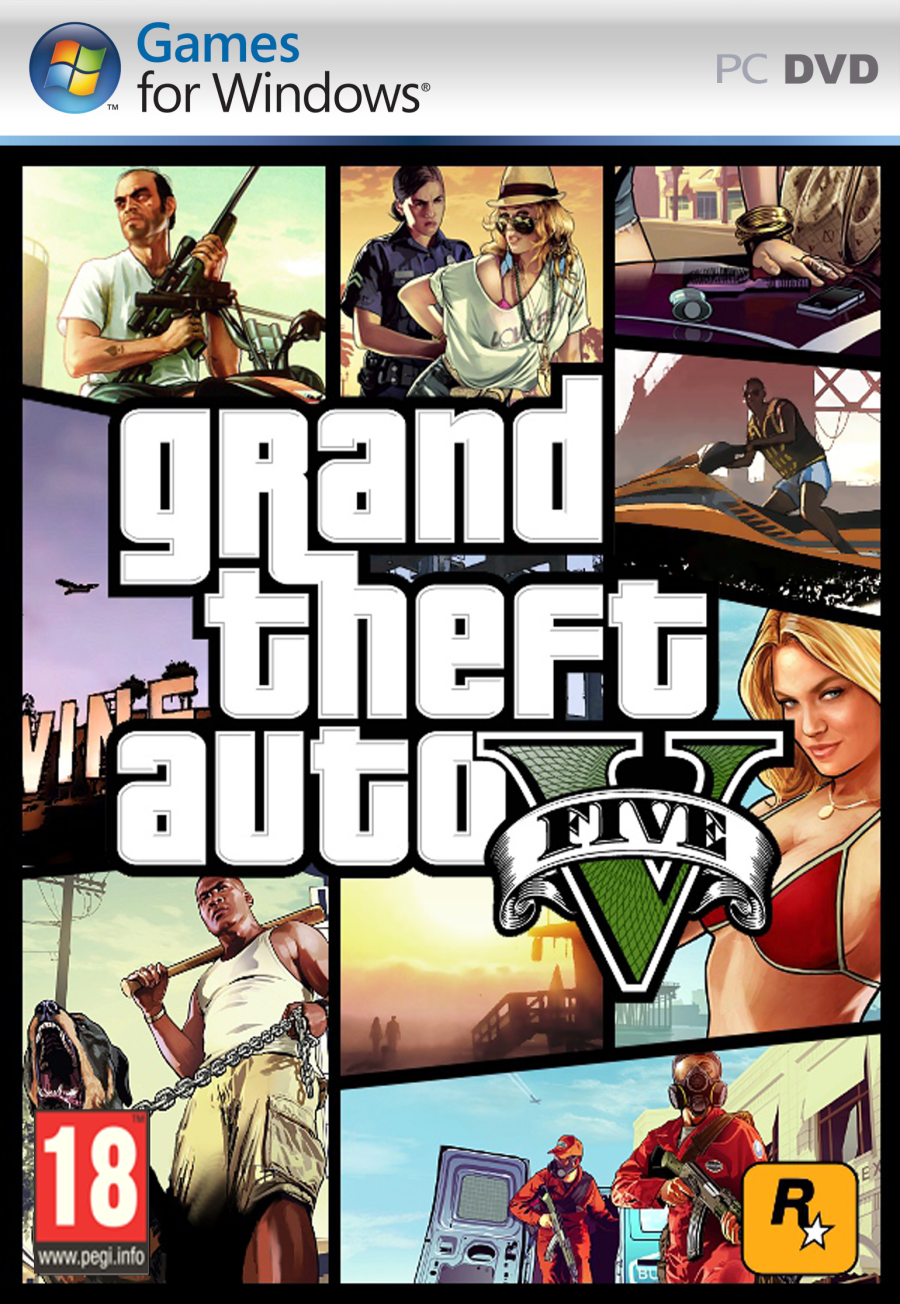 GTA 5’s release was on top 1 or 2 of the real-time search word list of
Korean portal sites, Naver (the market share of Google is 5% and Naver 80% in Korea).
The launch of GTA 3, which is considered to be the best of the GTA series,
was prohibited in Korea due to violence and sex-related issues.
There is an analysis saying that
it lowered its violence/sex level to enter the Korean market.
After, GTA was parodied in SNL Korea and became a national game.

Soon-to-be released, GTA 5’s PC version.
We look forward to its sales in the Korean market.
No comments:

Official Comedy Made by the Japanese Government

Official Comedy Made by the Japanese Government

There is a “Japanese map” made and presented in 1897 by
The Ministry of Agriculture, Forestry, and Fisheries (MAFF), and
The Ministry of Economy, Trade, and Industry under the Japanese government.
According to the map, there are two islands between Korea and Japan,
whose names are Ulleungdo and Dokdo, and were officially announced
by the Japanese government that both of these island belong to Korea. 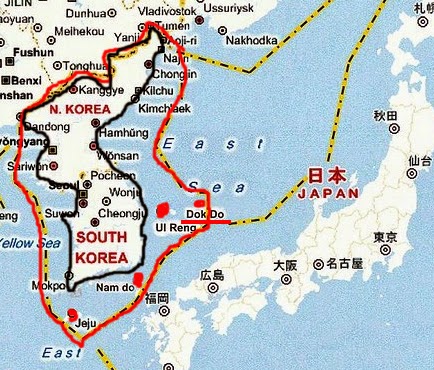 Without the Japanese government’s clear stance or anyone claiming,
Dokdo has been a Korean territory since a very long time ago.
Of course, it is inhabited by Koreans, protected by the Korean government,
and guarded by the Korean military.

However, all of a sudden,
Dokdo is said to belong to Japan.
Japan started making up a story that the owner of the island is originally Japan,
but it is illegally occupied by Korea.
1 comment:

Avengers 2, Out in Theaters in 7 days

Avengers 2, Out in Theaters in 7 days


The release date of Avengers 2 is only a week away.
The official name of this movie is “The Avengers: Age of Ultron.”

Like the previous Avengers, it was produced by
Director Joss Whedno, and stars Chris Hemsworth for Thor.
Scarlett Johansson appears for a female character. 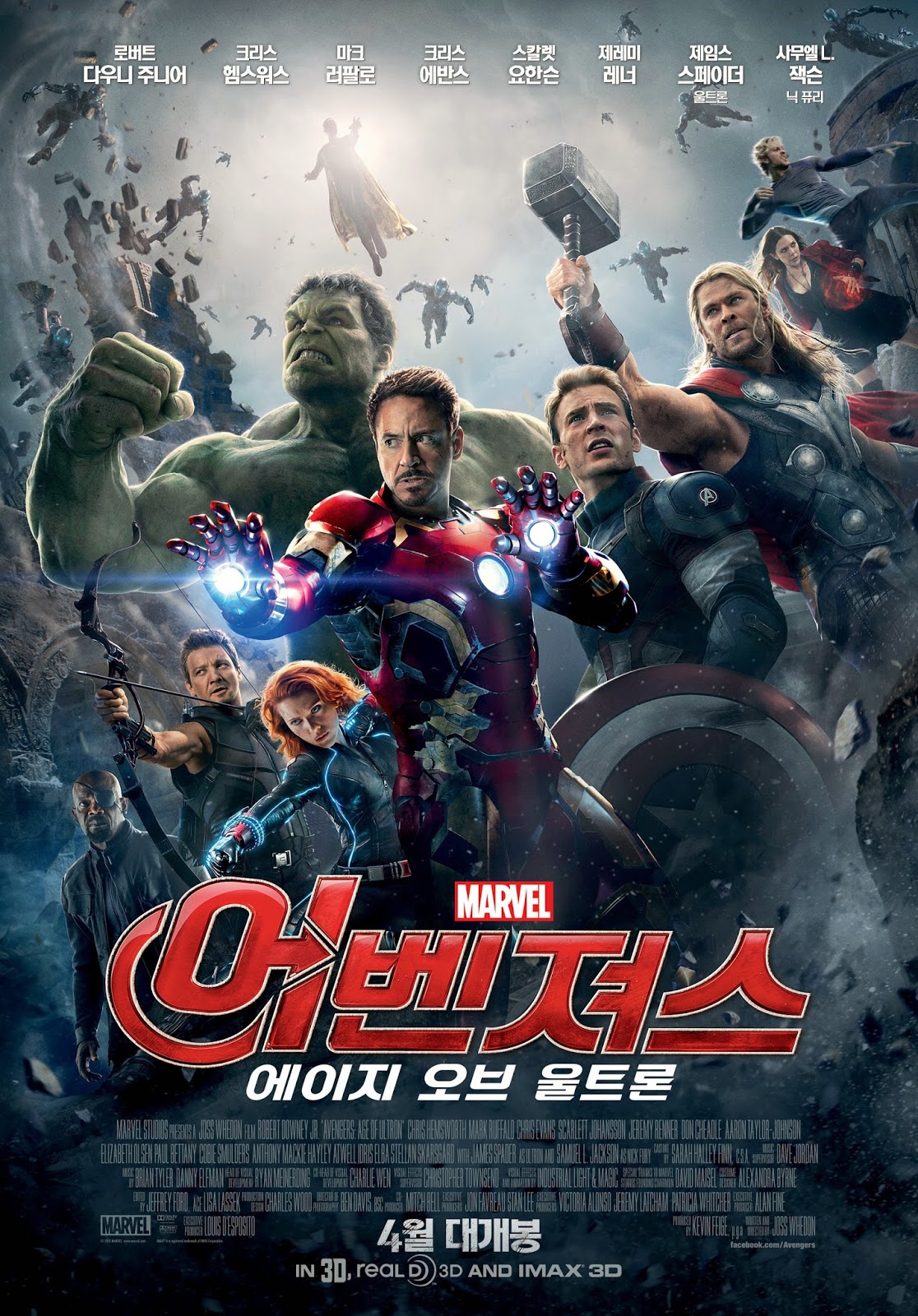 Seoul, the capital city of Korea, is the background of Avengers 2.
Last year, the filming site of Avengers 2 had have traffic control
In accordance with the policy of Seoul.
Many Seoulites cooperated for this.
Also, actress Soo-hyun Kim who plays the role of Dr. Joe is Korean.

Korea has a huge movie industry. Korea is within top 3 for the sales of
most Hollywood movies such as Interstellar, Avengers, and Iron Man.
It seems that Avengers 2 also tried hard for the Korean market.


On April 6, 2015, which is only a few days ago,
Dokdo, a Korean island, was suddenly introduced as a Japanese territory
on a Japanese elementary school textbook.
In addition, a Japanese middle school textbook stated that
‘Dokdo is Japan’s own territory, but it is being occupied illegally by Korea.”
Why would textbooks do that all of a sudden?
I really wonder. It is indeed preposterous, but it did happen in real.

It is like this, for example.
Toronto is close to the U.S., but it is definitely a Canadian territory.
Just because it is close does not make it belong to another country
or the country of its ownership does not change. This is a very obvious fact.

However, there is a country that does not follow this common sense. That is Japan.
Japan has named and called Dokdo, a Korean territory, Takeshima,
claiming that it belongs to Japan.
It also puts Dokdo as a Japanese territory on its own textbooks.
This is so insane.

What if I believe that Toronto is a U.S. territory?
Right now, Japan wants you to believe Dokdo is a Japanese territory.
No comments:

An American combat plane, B29, made an emergency landing on Kyushu, Japan in 1945.
There were 8 pilots in the plane.
Unit 731 took these Americans to Kyushu University,
a national research university in Kyushu in Fukuoka-ken, Japan.
The Japanese took their lungs out alive put seawater into their blood, which killed them.
These were all done for experiments.
The pilot at the time could have been your grandfather.
The victims of such cruel and violent medical experiment on living bodies by
Unit 731 of Japan were calld Maruta.
‘Maruta’ means log in Japanese. 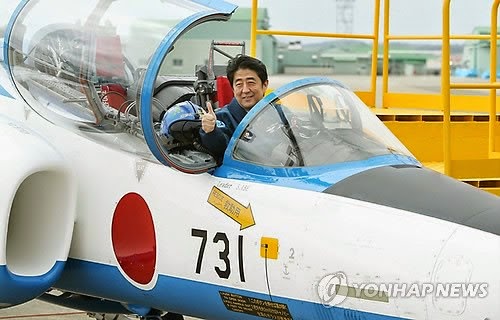 The current prime minister of Japan as of 2015 is Abe.
Believe it or not, the picture below is not a composite paragraph.
He is riding on a plane of Unit 731 and is raising his thumb.

Korea also suffered from gruesome and horrible insults and humiliation by the Japanese military, including Maruta, sexual slavery, and cultural exploitation.
However, Japan is denying this history. It claims that it has never done so.
Isn’t Abe blatantly mocking Americans and
Koreans through such absurd remark and behaviors?
Doesn’t he need to remorse indeed?

Do you know about the Second World War?
At that time, President Truman of the U.S.
dropped an atomic bomb on Hiroshima, Japan on
August 6th, 1945 to defeat the Japanese army that would not surrender.
With 200,000 deaths, Japan declared unconditional surrender on August 15, 1945.

Korea was under the Japanese occupation from 1910,
but naturally gained independence
when Japan declared unconditional surrender on August 15, 2014.

In 1945, the Japanese military conducted medical experiments on live American pilots.
They exposed their organs without anesthesia,
and put seawater in their blood to examine how they would die.
Although they committed inhumane behaviors in their own will,
Japan still does not regret the past. 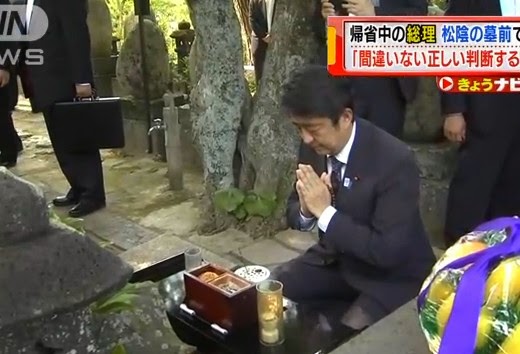 Are you an American?
Your grandfather probably suffered a terrible death by the Japanese military.
Prime Minister of Japan visits the Yasukuni Shrine every year to pay his respects
to the souls of Japanese soldiers who brutally killed your grandfather.
He does not do this in secret. It is openly aired on TV throughout the entire Japan.

“No Poo” Fad in Korea

“No Poo” Fad in Korea

Not only famous Hollywood actors such as Jessica Simpson, Gwyneth Paltrow,
and Johnny Depp but also Britain’s Prince Harry also participated in No Poo fever.
An abbreviation of No Shampoo, No Poo is a scalp care method by not using shampoo.
In fact, there are numerous chemical ingredients in scalp. 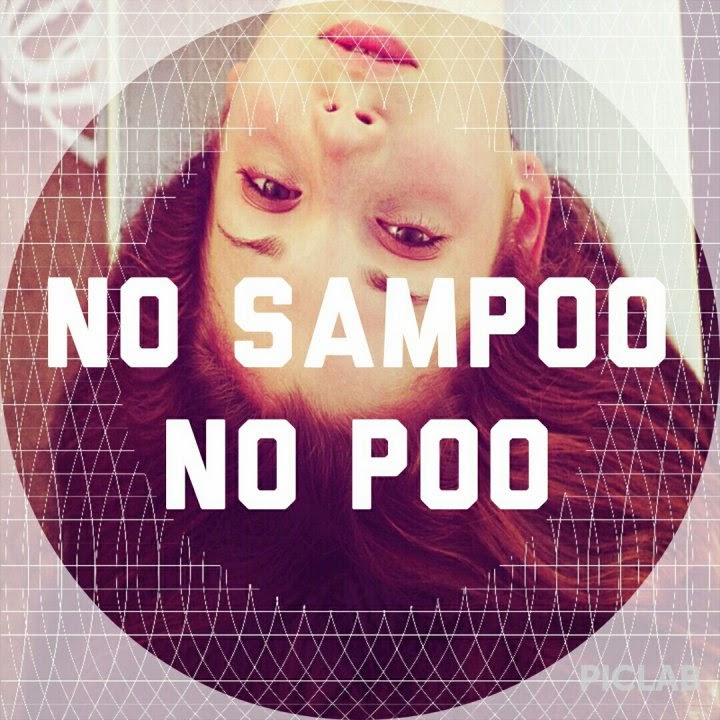 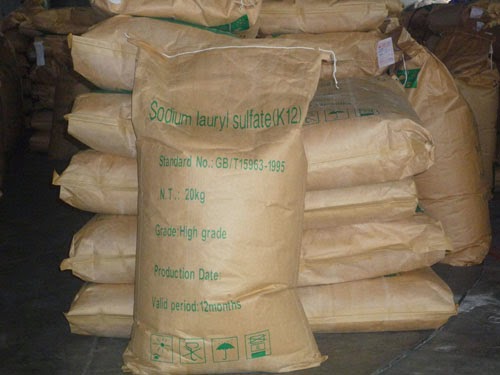 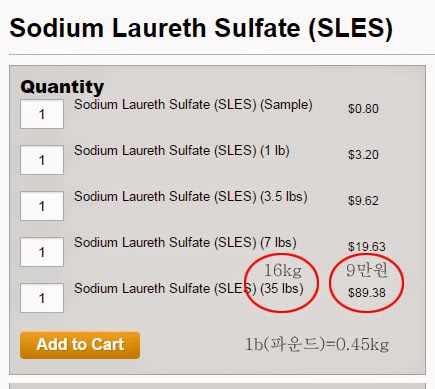 Modern people use these things too much.
Korea is the center of culture and beauty trend in entire Asia.
China and Japan consider Korean music, dramas, movies,
and cosmetics as the best in the world.
Korea’s beauty has such high status in Asia, but now
No Poo has a very strong popularity in Korea recently.
In Korea, No Poo-related products (true recipe, etc.) are drawing popularity
while shampoo is being avoided.

AIIB , China is the Center of World Economy

AIIB , China is the Center of World Economy

Founded and led by China, AIIB (Asia Infrastructure Investment Bank)
is a financial institution that aims to build infrastructure in developing countries in Asia.
For the recruitment for first member countries,
50 countries in the world submitted their applications. 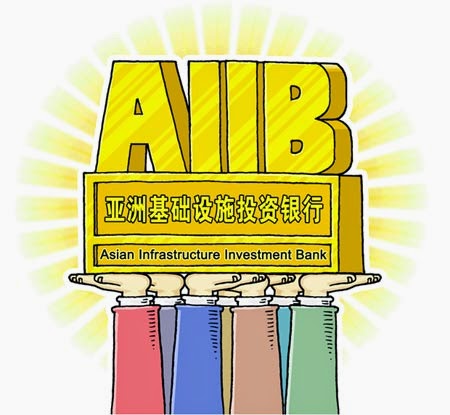 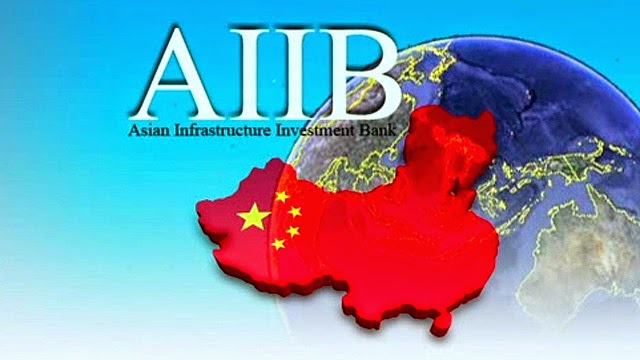 Not only the 12 European countries such as Britain, France, Germany, and Italy,
but also 13 countries from G-20 applied for their membership,
and most countries excluding the U.S., Japan, and Canada
became the first founding member states of AIIB.