Jung-ho Kang (Pittsburgh Pirates) became as a special closing killer.
On the 29th, Jung-ho Kang participated as No.5 shortstop in the away match against
Minnesota Twins, held in the target field of Minneapolis, Minnesota.
He played a superb role with 4 hits, 2 base hits (1 homerun), 1 ball, 1 run, and 1 score.
Above anything else, he led his team to victory by hitting the final homerun
in the first half of the 9th inning, which was very intense at a score of 7:7. 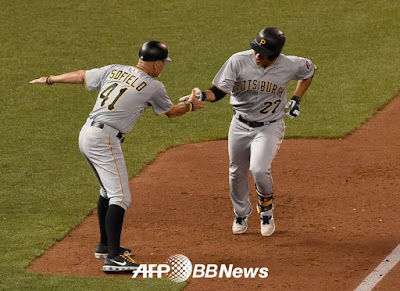 Along with Jung-ho Kang who hit the final homerun,
there are many Korean baseball players in the U.S. major league.
The major ones are Hyun-jin Ryoo, pitcher of LA Dodgers,
and Shin-soo Choo, outfielder of Texas Rangers.
Korea is one of the top 4 baseball powers, along with the U.S., Japan, and Cuba.
Korea’s national baseball team won the gold medal in Beijing Olympics in 2008.

Is the Name of Dokdo Liancourt Rocks?

Is the Name of Dokdo Liancourt Rocks?


Among Korean territories there is Dokdo, which is the closes island to Japan.
Koreans are the only people who call this island “Dokdo” in the world.
Then, what is the actual name of this island?
Even it is difficult for me as a Korean to easily explain the name of
this island to foreigners.

The Korean government should reflect on itself.
Dokdo is the name only called in Korea.
Japan calls this island ‘Takeshima,’ and Google of the U.S. calls it “Liancourt Rocks.” 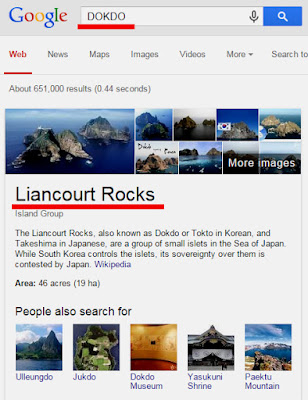 When I search Dokdo on the Internet, I get Liancourt Rocks. Isn’t that amazing?
So we can assume that we can call it by any name we prefer,
but the Japanese Ministry of National Defense
officially announced that this land “belongs to Japan.”
Since about 30 years ago, Japan has strangely argued that this island is a
territory of Japan, despite the fact that the thousands of years
of history implies that it belongs to Korea.

Recently, when Japan renewed its claim in
an annual defense white paper that Dokdo is its territory,
the Korean Ministry of National Defense clarified its stance that
“we strongly remonstrate about this, and strictly urge Japan to take an immediate
corrective measure so that such improper act does not occur anymore.

The Korean government’s incompetence and
Japanese government’s dauntlessness.
Aren’t both so much like a comedy?

Samsung Card CF, which made a Parody of Movie ‘Her’

Samsung Card CF, which made a Parody of Movie ‘Her’

Samsung is a famous global brand in the electronic appliance market
such as mobile device, TV, and refrigerator.
Samsung is a Korean brand.
Due to this, Samsung has established and expanded various industries
that are not tried in the overseas market in the Korean domestic market.
Major industries include Samsung Motors, which import and sell Renault cards,
and financial products such as Samsung Insurance and Samsung Card. 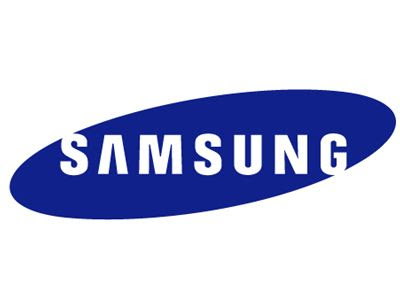 Samsung Card has a high market share of 28% in the Korean credit card market.
Considering that it is a brand that started with electronic devices,
its impact is far stronger than the impact of traditional financial brands in the market.

Email ThisBlogThis!Share to TwitterShare to FacebookShare to Pinterest
Tags cf, her, movie, samsung


Google and Yahoo are dominating search engine worldwide.
However, it is different for Korea.
The market share of “Naver (www.naver.com),”
a portal site indigenous to Korea, is as high as 80%. 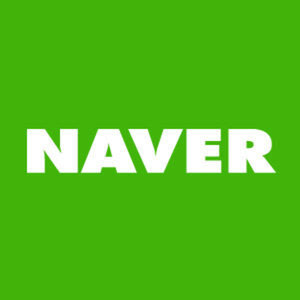 Koreans have a strong Korean taste.
A portal site and website that reflect the taste as it is draw popularity.
Also, due to the fastest internet speed in the world and number of smartphone supply,
contents with large capacity are easily absorbed.
Thus, a website that prioritizes on text-based contents
like Google might feel a bit boring in Korean society.

Naver, Korea’s portal site, can be expressed as Google’s future.


Korea is such a conservative country.
Since long ago, people have used the honorific form to older people.
Elders like younger people listening to their words and behaving to their will.
People with a challenging and enterprising spirit cannot success.
Most rich people in Korea are within the fence of conservative people.

The current South Korean president is Park, Geun-hye.
Her father was also a president.
Her incompetence was not an obstacle for her to become a president.
Conservative people elected her
as a president as they were lost in old memories of liking his dad.
This country is messy and out of order now.
In such conservative country,
Korea Queer Culture Festival, a festival for LGBTs, was held. 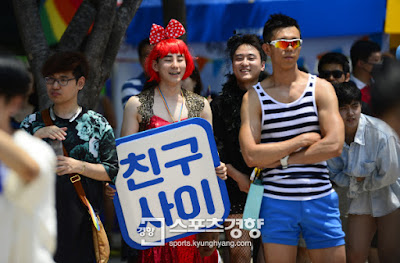 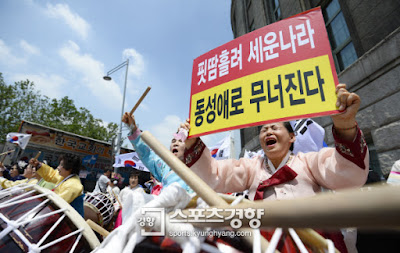 It is hard to understand the elders’ cry that this country,
hardly-rebuilt by toiling day and night, will be ruined due to homosexuality.
However, due to a trouble with
conservative people, this festival had to be stopped times.
Is homosexuality really ruining the country?
For them, homosexuality is disgusting and aversive, as they wear Hanbok,
the traditional Korean dress, show up at the festival, and
cry in front of homosexuals, holding a picket like that.