Samsung is Korea's biggest multinational corporation. It has produced TVs, air conditioners, rice cookers, and microwaves that people all around the world use. It even produced Galaxy smartphones, which surpassed iPhone in market share.

And today, Lee Jae-yong, the heir apparent of the multinational Samsung Group,  was arrested. (Lee Jae-yong is the son of Lee Kun-hee, the chairman of the group).

Lee Jae-yong is charged of aiding Choi Soon-sil, a civilian who manipulated the currently impeached president, Park Geun-hye, to commit various types of corruption. Lee paid kickbacks to Choi to receive government support for the merger of two Samsung affiliates. 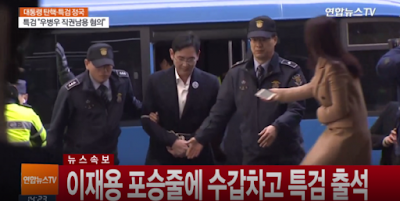 Lee Jae-yong, the de facto leader of Samsung, is handcuffed and in jail. The impeachment of South Korean president and the collapse of Korea's biggest corporation
show that the Korean politics and economy are in a great turmoil and cesspool.


Fathers in Korean society work from 9:00 a.m. to 6:00 p.m. These hours are called regular work hours. But a lot of men eat dinner at 6:00 p.m and continue working until 10:00 p.m. This is not an exceptional case. Many men work until this late at least three days a week. It's 11:00 p.m. by the time when the arrive home. They then wash themselves and go to bed.

Even when there is little workload, going home late has become part of "manners" and "job performance" in Korea. People are slacking off during work hours because they have to return home late. This hurts the overall work efficiency. It also makes men spend less time with their children and thus become negligent of household affairs. And it's bad for their health.

This is the embarrassing reality of South Korea that we wish to hide from foreigners. 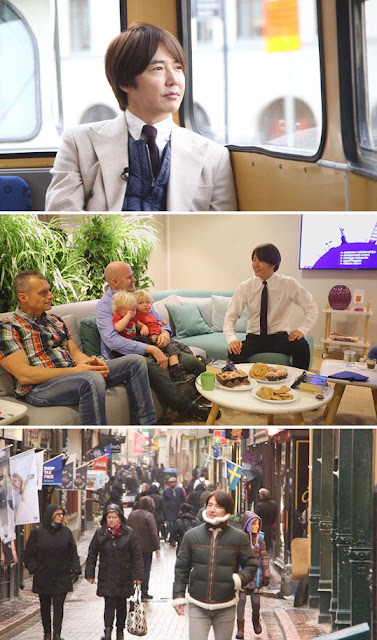 The Swedish word 'Latte Papa' has grasped Korea. The word refers to a father who spends all day -- morning, afternoon, and evening -- with their children, pushing baby carriages as they hold latte in one hand.

The story of fathers who spend much time with their children like this was recently aired on Korean public TV.